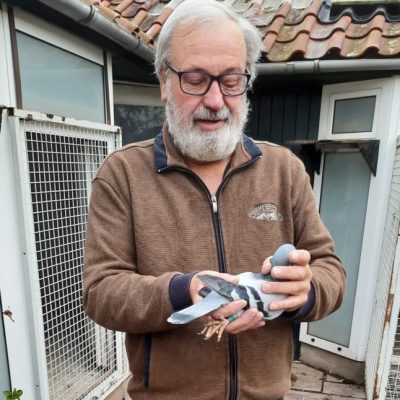 This donation is pure Barcelona gold! The father is the winner of the 102nd National Barcelona ’21 and the mother is a daughter of the famous Barcelona pigeon, the 513. For more information, see the pedigree of this top donation.

Anton Vorselen won 50% prize on the ZLU flights in the 2020 and 2021 seasons. He is a phenomenon on the ZLU race classics for years.

His most famous pigeon is LOTJE, named after his granddaughter, who won on perhaps the 2 heaviest Barcelona’s 2017 and 2018 respectively the 48th and 11th National and became the best European Ace hen (2 years) in the Pipa ranking! A phenomenal Barcelona pigeon !!

You understand that this is pure gold from the South East corner of the ZLU. 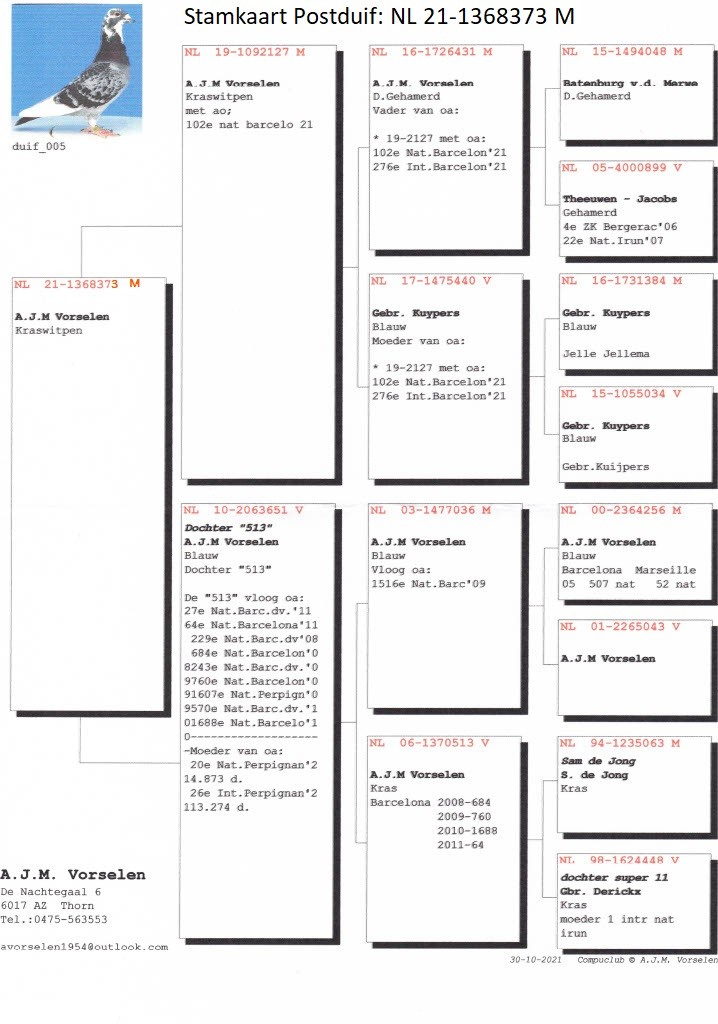