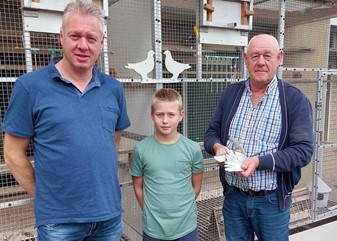 As most fanciers know: Vullers & zn is a household name in the marathon pigeon world for years. Roggel is a village northwest of Roermond, southwest of Venlo and east of Weert. The combination consists of grandfather John (69), son Rob (44), and grandson Daan (11). In the background, Rob’s wife, Annie plays a role in the care of the pigeons. The stock of pigeons is made up of pigeons from Wim Bax, Gebroeders Frenken, Wim Gommans from Egchel, Eric Hendrix from Helden, Gebroeders Van Doorn from Someren, Thieu Clauwers from Nederweert and the combinatie Roel Versteegde-Van Dommelen from Boekel. Subsequently pigeons from Thieu Wetemans from Kelpen-Oler and Siem aan de Boom from Neer were also introduced. Everything based on GOOD x GOOD.

Other championships and top results 2021: 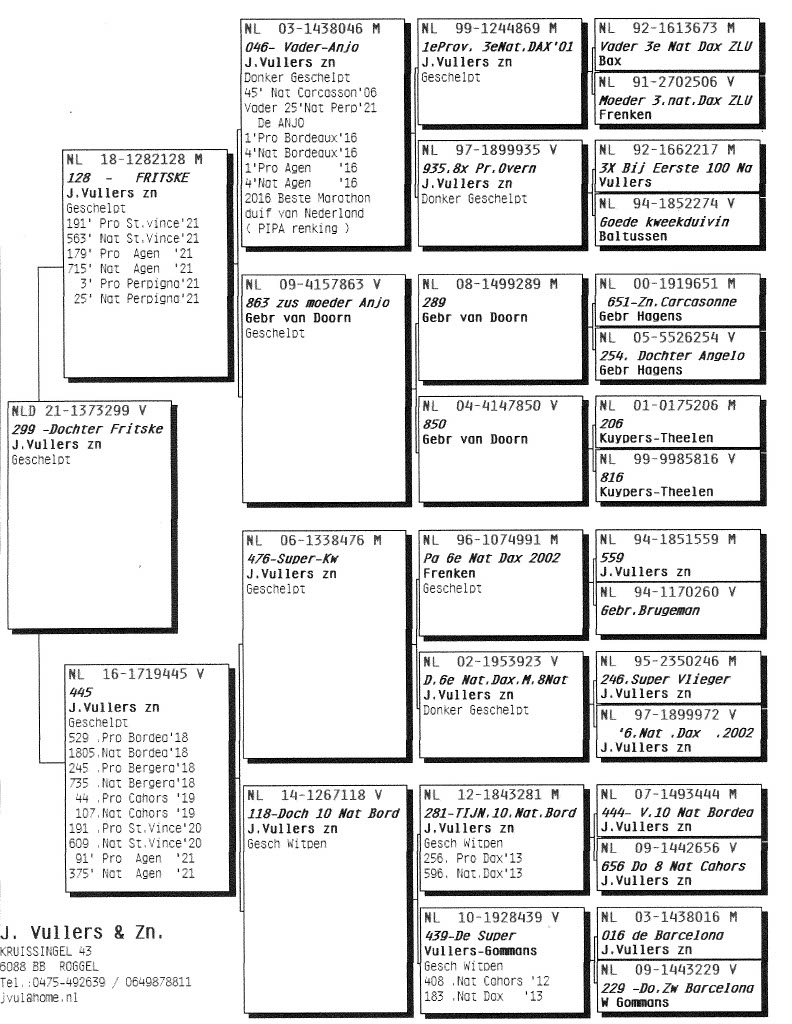