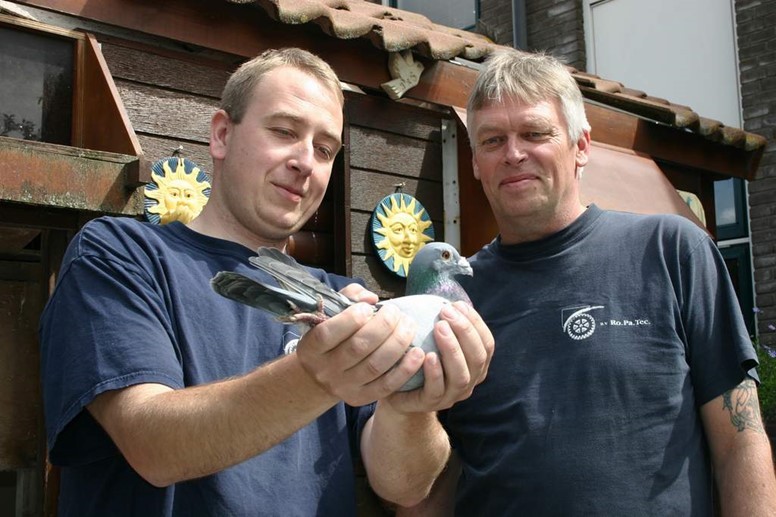 Peter & Sebastiaan donate a young pigeon from Modric, the winner of a.o. the 32nd National Barcelona ’20 !
For more information, see the pedigree of this beautiful donation.

Father and son Verbeek have been racing marathon races for more than 20 years. The pigeons came from Chris Hulscher, who had the direct Sprenkels pigeons (line “204-tje”) in his loft. These were highly inbred pigeons that had to be crossed. They knocked on the door of the well-known Combinatie D. Bakker & Zn. from Poortugaal who made startling results with the best of Antoon and Lucie van der Wegen. Due to circumstances it was decided at the end of 2009 to sell the pigeons publicly, with the exception of the youngsters 2008 – 2009. A restart was made with children and grandchildren from mainly the “Midnight” (from the line of the famous “Blauwe Vanoppen“) and “Delgado”.  Within a short time P. & S. Verbeek returned at the National top and won many early prizes on the ZLU flights again! 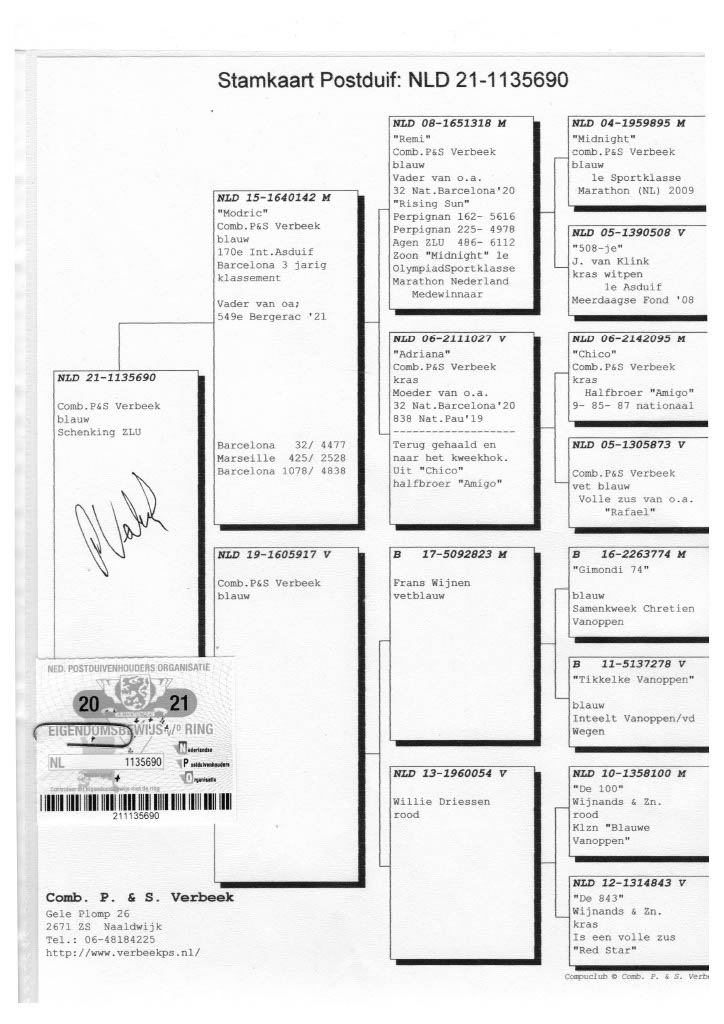