This pigeon comes from a son of the famous stock pigeon Milos x Red Rose (father) paired to Pip (mother).

See the pedigree for more information about this top donation.

Combinatie Verweij-de Haan is our ZLU Keizer Champion this year!! Due to a very good and super stable season, they were the big boss in ’21 !

Michel Verweij and Peter de Haan have an international top loft with pigeons built on the famous stock pigeons Milos, Barry and Toon.

For whom is this great pigeon from one of the best lofts in  The Netherlands? 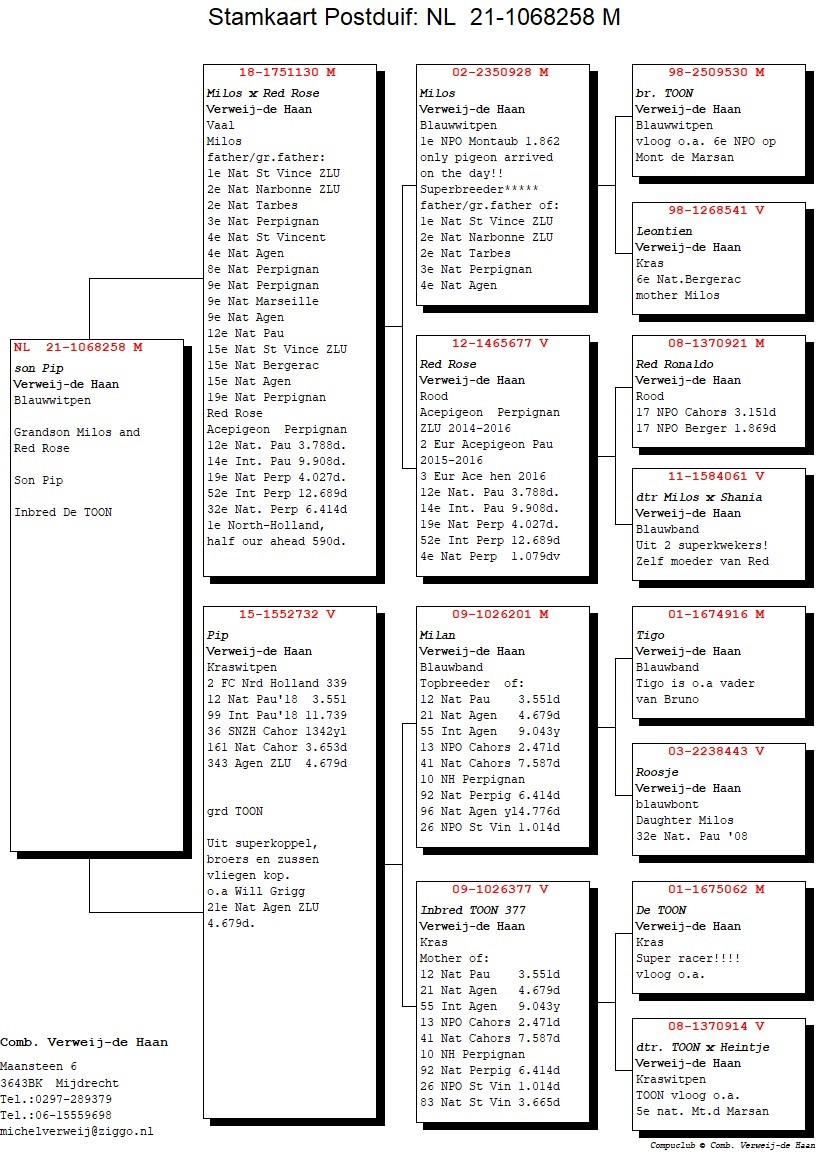