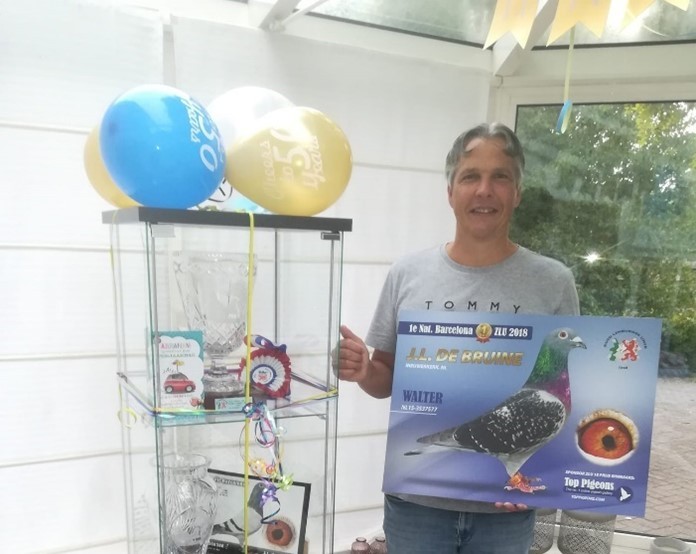 Jacky donates a young pigeon from Tiptibba and from Black Bond

See the pedigree of this top donation !

Father and son De Bruine from Nieuwkerk in Zeeland had wonderful results in the Koninginnevlucht Barcelona in 2018 and 2019 ! A sign that they have a super strain for this classic.

In 2018 they won the 1st National Barcelona. But they won more…

Their current stock mainly consists of pigeons from Walter van der Meulen. In addition, some pigeons were purchased from John and Hans Lindenberg, Wim Kooreman, Hans Groenendijk and they have a very good pigeon from Henry Visser. This pigeon won the 34th National Pau and she is the mother of the 12th National Marseille.

But Barcelona is the only flight that really counts for Jacky de Bruine! On his flight he won in 2021:

For who is this topper from this super Barcelona loft ?