You were outbid. Try again!
OverviewNext 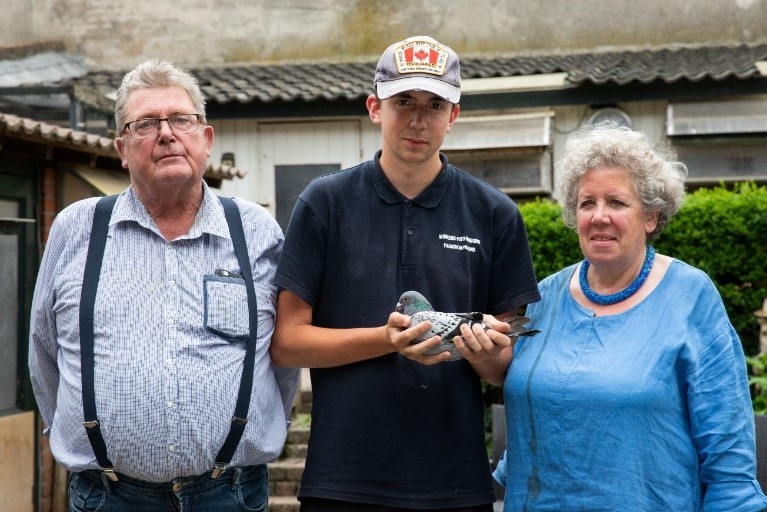 The donation of Winkens-Rothenburg is awesome ! A child of TED, the winner of the 1st National Agen ZLU ’21 !!

(the nestbrother of TED is the winner of the 5th National Agen on the same flight !!)

Jacques Winkens decided to only race the extreme long distance flights since 1996. It started with the pigeons of the late Hennie van Brienen from Swalmen, who at the time was a great champion in the provincial one-day long distance flights. The successful  Swalmenaar  built up his loft exclusively with pigeons from the illustrious Belgian cracks Martin van Tuyn out Schoten and Jos van de Bosch out Berlaar. The blood of these purebred horses still flows through the champion formation of Itteren. Jac got the pigeons from van Brienen from his well-known brother and fellow villager Harrie Winkens. Pigeons from Gebroeders Saya and Wijnands & zn came also on the loft. And the latest acquisitions are from Ludo Verstraeten and Fons Lanckohr.

In the 20 years that Jacques has raced marathon flights, he won a great amount of early prizes. The top resuts of this top loft are:

What an impressive list !!! Is there anyone who did it better >? 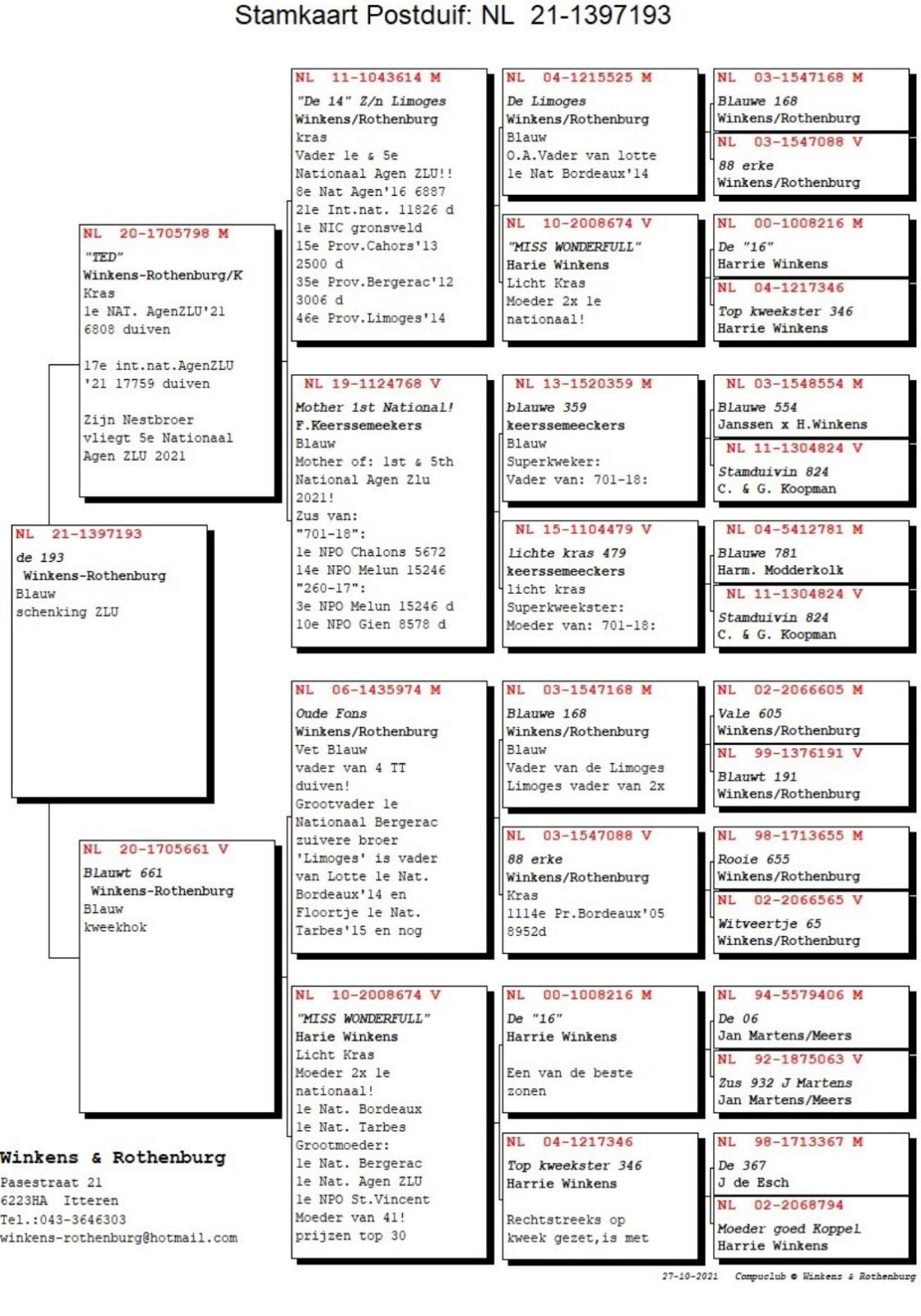