Combinatie Smeets-Penris basketted 3 pigeons for Barcelona in 2019 and win 27, 53, 80 National against 4.129 birds. They have the first 3 pigeons clocked in The Netherlands and win the prestigious 1st serie III National Barcelona 2019, but also the 1st serie III International Barcelona 2019 !!! No one in Europe did it better! Before that SPECTACULAR result on Barcelona they won the 4th National Marathon ZLU Champion in 2017, but Barcelona 2019 was the icing on the cake of this fantastic Marathon loft in Limburg and since than every marathon fancier in Europe knows who Smeets-Penris are.

The basic pigeons of Smeets-Penris are founded somewhere around the beginning of this century. Robin had a few pigeons as a teenager and Piet became more and more involved with the hobby of his son. Robin visited the famous brothers Piet & Andre Kuypers in 2004. And the Kuypers brothers found the youthful enthusiasm of the 16-year-old Limburger so heart-warming that Robin got 4 youngsters of the noblest origin as a gift! Two of these Kuypers pigeons are the current stock pigeons and the “Oude Kuypers van 2004” became the foundation breeder of their colony. An incredible top pigeon is that old Kuypers crack and he is the base of everything there in Urmond. From 2009 father & son started to clock early pigeons on the long distance races : a very nice result at Provincial Periqueux (morning release) gave a boost to focus on the marathon: 36, 84, 109 and 318 (only 4 pigeons basketted) against 3.620 Provincial pigeons on their marathon debut. 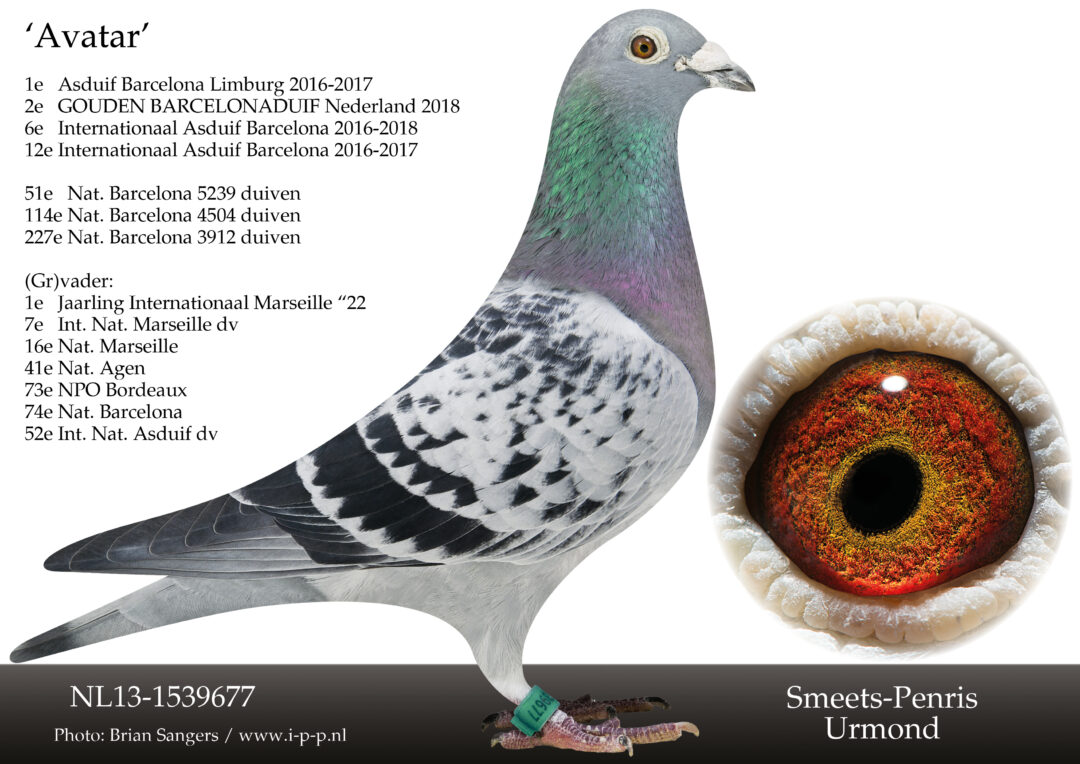 BARCELONA statistics : over the past 7 years > 25% prize within the 1st 125 National Barcelona !!

1st International fastest yearling on MARSEILLE with a granddaughter of “Avatar”

National Agen (yearlings) ZLU was the first Marathon race at the new address of Robin Smeets in Stein. He basketted 38 yearlings and 14 pigeons arrived in the evening of the liberation day : 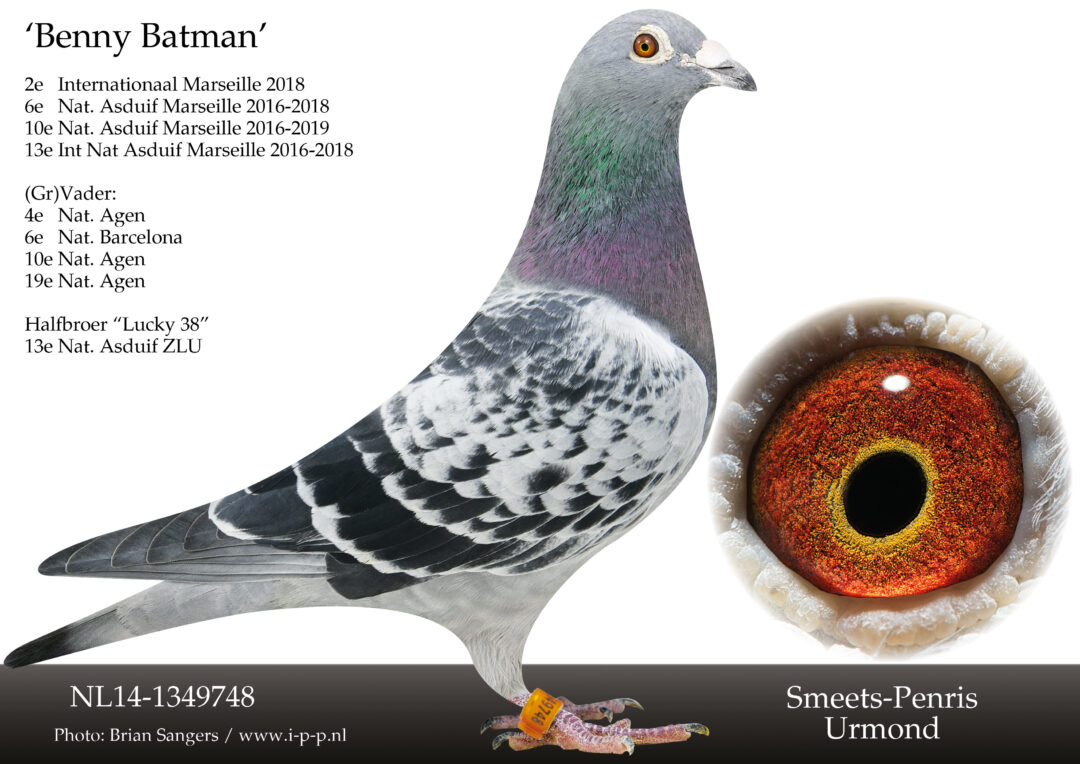 HIGHLIGHTS IN THIS TOP AUCTION are direct children of:

“POLILLA” – winner of the 1st NPO Bordeaux and 2nd National Bordeaux against 8.228 pigeons ’21 (clocked in the middle of the night !)