The 1st National St. Vincent ZLU was won by “Rainman” in 2012. “Rainman” was bought as a young pigeon at BDS Team and was raced by Martin de Poorter in Sluis. “Rainman” was sold after his victory but through a number of children he runs like a red thread through the current colony. “Rainmans Jewel 105“, “First Son 106” and  “Rainmans Zemer” are direct children of “Rainman” which have already proven to give very good offspring in more than one generation.

Martin also purchased “Levi” (winner of the 1st National St.Vincent ZLU in 2013 on a very hard race with hot weather and head wind) together with a few sportfriends. “Levi” was paired up against “Rainmans Jewel 105”  and a number of children from this couple now play an important role in the current breeding- and racingloft. “Mr Balance“, “Bolletje” and  “Levi 353” are children from this super pair which gave already very good offspring within a very short time.

A third important foundation pigeon is the “New Rainman” (also bought as a young bird at BDS Team and raced in Sluis). “New Rainman” won the 9th National Agen ZLU as a yearling. On this race there was a tight Western wind and all early pigeons were mainly on the East side of the Netherlands. “New Rainman” performed it then to be the only one on the west side to classify within the first 10 national. A year later he won the 1st NPO Bergerac in a race with hot weather and head wind. After Agen 2016 Martin decided to place “New Rainman” also on the breeding loft. In 2018 a 4th NPO Issoudun and 36th National Agen ZLU were won by descendants of “New Rainman“.

On Martin de Poorter’s website you will find much more interesting information about his best pigeons, his pigeon strain and his results in recent years ! 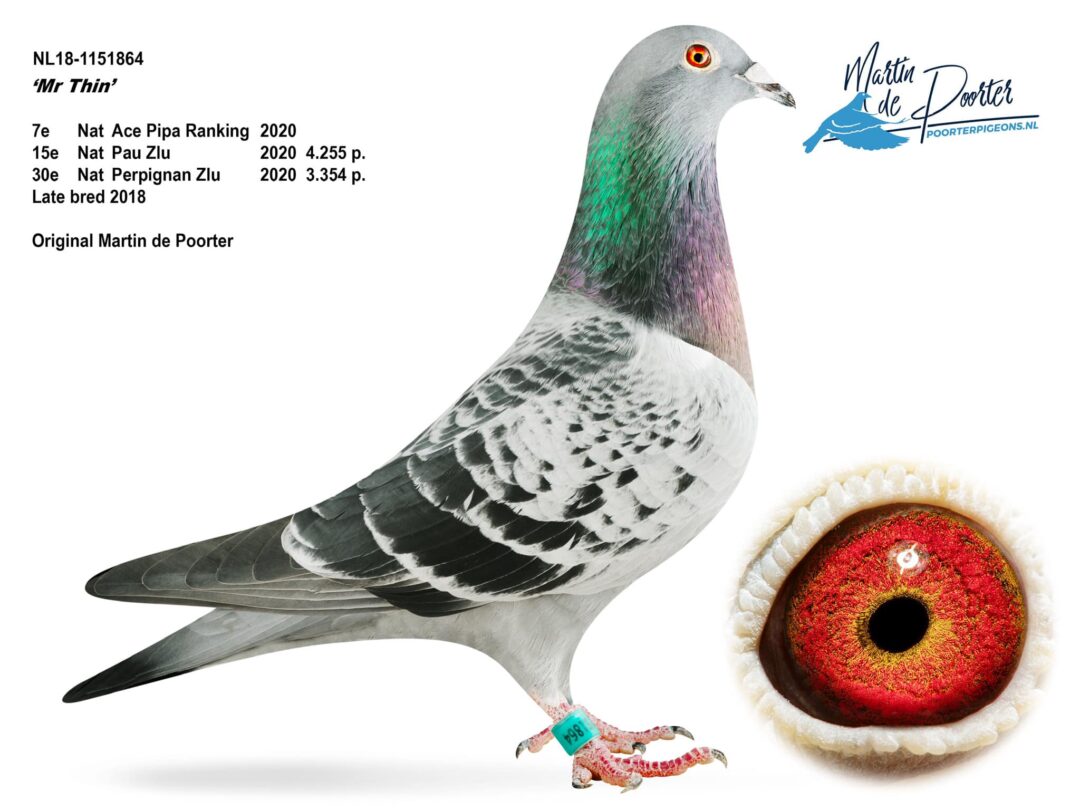 Note: the sexe of the pigeons is considered correct by Martin de Poorter, but is not 100% guaranteed. For more information concerning the pigeons in this auction, please contact MARTIN DE POORTER.