Rieks Lonsain, born in 1978, raised in Staphorst and living in Nieuwleusen since 2009 where Rieks has his own masonry company. Because he had a few ornamental and racing pigeons flying around the house just for fun, he came into contact with the pigeon sport and has been an active member since 1993.
Like most novice fanciers Rieks started with the program flights, it turned out that the long distance and especially the multi-day long distance flights were his preference, so in 2000 he decided to specialize in that. Rieks also played some of the ZLU flights (international morning releases) and that part of the pigeonsport (some call it the Champions League of Pigeons sport)  interested and challenged much and that’s why Rieks Lonsain decided to focus only on these ZLU flights from 2009.

Before he made the move to the ZLU flights, Rieks won the 1st NPO Perigueux and 1st Bordeaux in the northern Fondclub Noord Nederland (FNN)

Some good results from his first few years on the ZLU flights Rieks are a.o.:

Note! All this with an overflight of 200 (!) kilometers on the southern provinces of The Netherlands (Limburg, Brabant, Zeeland). 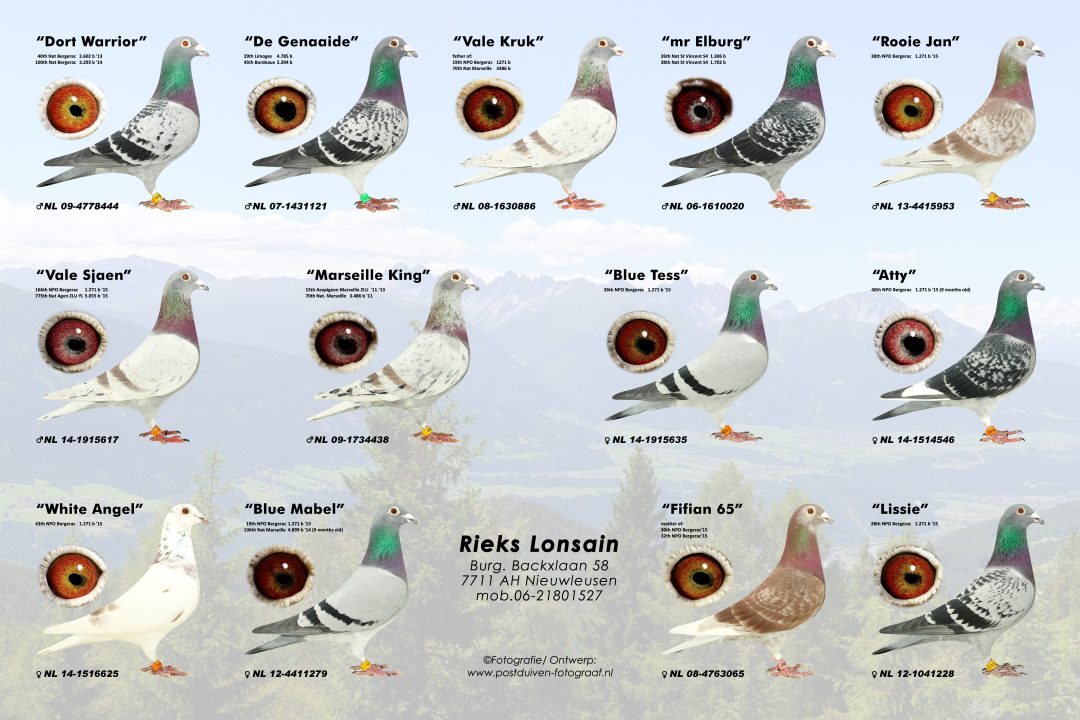 For a few years now, Rieks Lonsain has been buying new acquisitions for his breeding loft every year directly from Jelle Jellema and from a few fanciers who have Jellema pigeons in their lofts. Rieks is offering a small, selective group of 6 Jellema pigeons (born in the summer of 2021) which are ready for breeding !

Note: the sex of the pigeons is considered correct by Rieks Lonsain, but is not 100% guaranteed. All pigeons in this auction are in the loft of Rieks Lonsain in Nieuwleusen.

For more information (about this auction) please contact RIEKS LONSAIN.