There are two fanciers behind the name Robin Bakhuis: Robin and his uncle Gert Bakhuis. Previously, his cousin Joey was also member of the succesful combination, but he plays independently under his own name since a while. Robin has had pigeons since he was 5 years old. He inherited his love for pigeons from his uncle Gert, who lived behind him. Nowadays Gert and Robin live next to each other. The men have a total of 30 to 35 meters of pigeon loft: 6 meters for 30 widowers, two lofts of about 5 meters for the nest pigeons. The cocks and hens on the nest are raced in one loft and the hens are also raced in a loft with only hens on the nest. The widow hens also own a loft and the youngsters have 2 lofts of 3,5 metres. There’s plenty of space for the pigeons, but not many are housed, you will not see hundreds of pigeons flying.
The pigeons where the Bakhuis men started with are mainly from AP Overwater, supplemented with pigeons from Wim and Mart Derksen and Verweij-de Haan (the line of “Milos”).

The current stock is mainly built around the super couple: “De Wiersma and the hen of Appie Pas, daughter of Mr Gijs”. 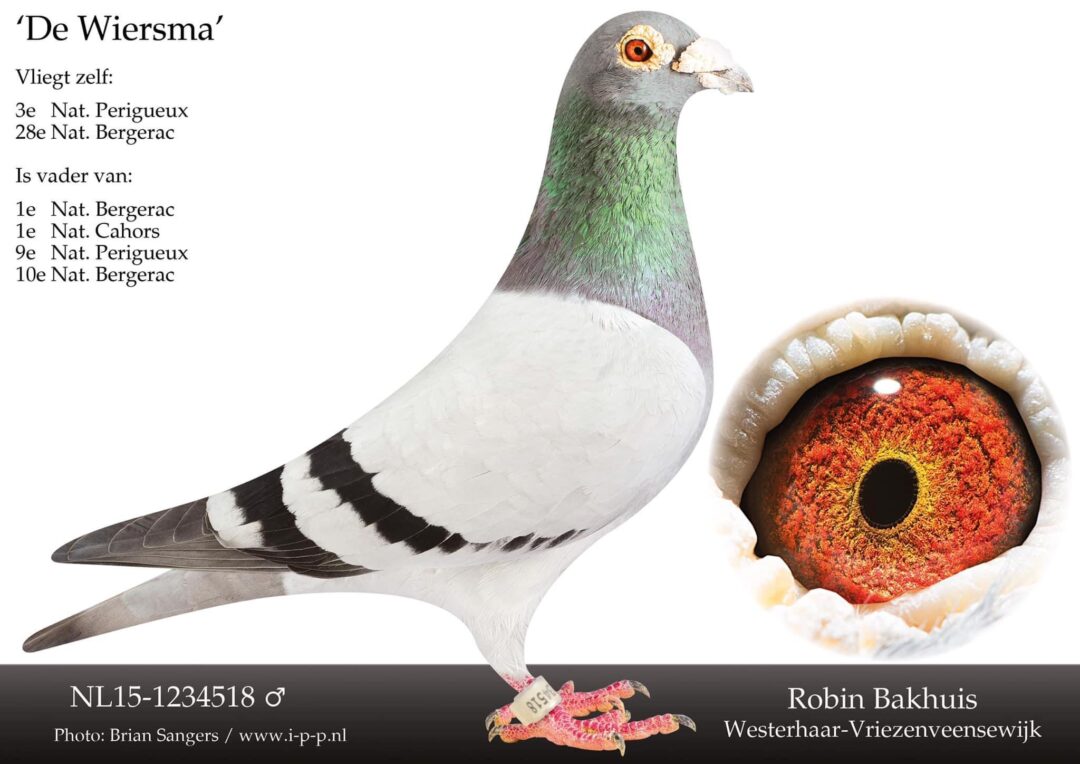 The father of this couple comes from E. Wiersma & Zn. and proved with its nocturnal arrivals that the quality “nightflying”was in the genes. In the middle of the night he won the 3rd National Perigueux against more than 7,000 pigeons and the 28th National Bergerac against more than 6,000 pigeons. That resulted in the 12th National Ace pigeon NPO Marathon, after which Robin decided to place him in the breeding loft. 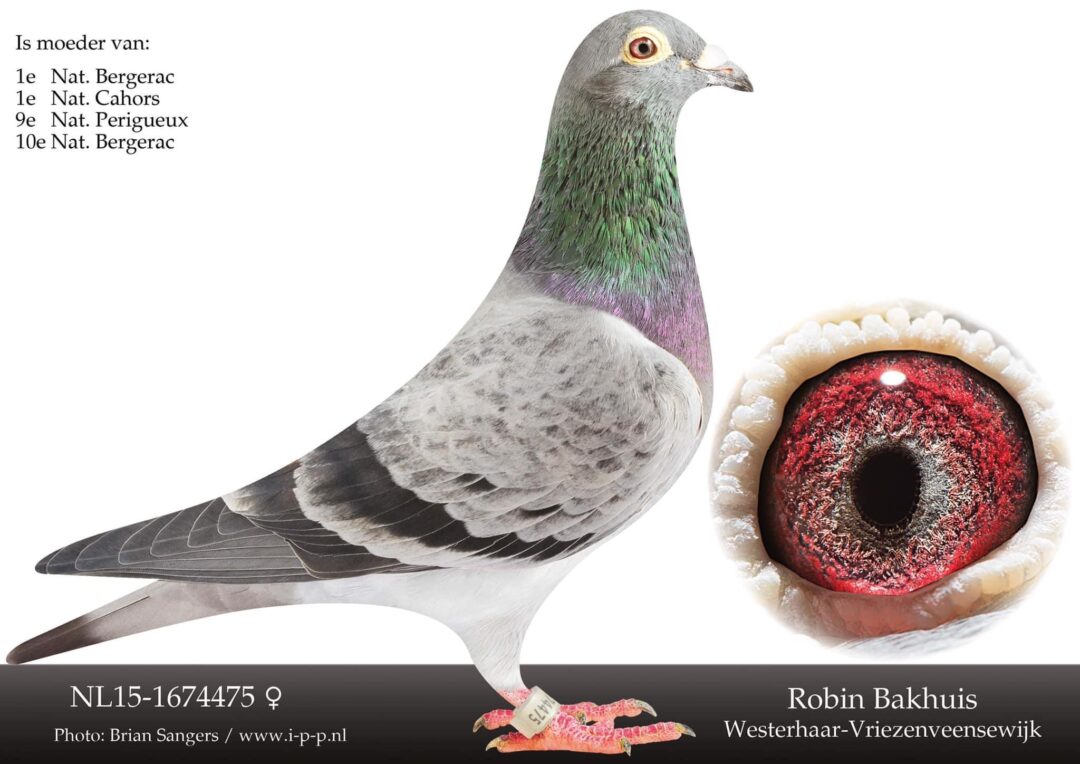 The famous couple of Robin Bakhuis “DE WIERSMA” x “DOCHTER MR. GIJS'” is perhaps one of the best couples in the Netherlands currently. A couple that many dream of. The best children of this couple are:

”DE 70” (Robin Bakhuis) – 1st National Cahors against 8,333 pigeons and the special thing is that this pigeon flew no less than 2 hours and 10 minutes ahead!

Without any doubt, the above is just the beginning, as descendents of the famous “BAKHUIS KOPPEL” & “MISS GIJSJE LIJN” will amaze the marathon pigeon world !

ROBIN BAKHUIS HAS SELECTED 7 EXCLUSIVE PIGEONS FROM HIS BEST BREEDERS. The auction includes children of : BROTHERS & SISTERS OF “ROBIN” – CHILDREN OF THE “SUPER COUPLE” !

Note: the sexe of the pigeons is considered correct by Robin Bakhuis, but is not 100% guaranteed.

For more information concerning the pigeons in this auction, please contact ROBIN BAKHUIS.