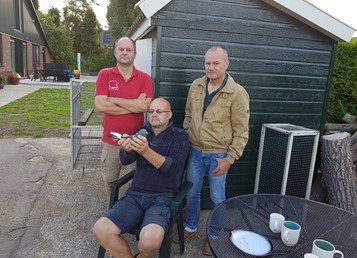 Donation: grandson of the 1st National Bergerac and son of Leyla, the winner of the 75th National Barcelona ’21 !

The brothers are world famous in the Marathon world. For decades they played great and since they’re moved in 2013 they are having fantastic results on Barcelona like nothing has changed at all.

We see the name Brugemann several times as the basis of many top marathon lofts in The Netherlands and abroad. One of the best examples is the ZLU Keizer Champion of 2017, IJsbrand Kaptein. Who has never heard of Brugemann’s Ohran, Myrna, De Wegvlieger, etc. ? In 2013, the brothers won the 17th National Barcelona (with Myloe) before they moved to the current address a in the same year. The men have built their own tribe with only one goal: Barcelona !!!

Gebroeders Brugemann made a restart in 2014 with the pigeons which moved from the old loft to the new ! Within two years (in 2016) they already won the “fastest 5 nominated pigeons” on International Barcelona ! And in 2018, there was also a National victory on the NPO afternoon release flight Bergerac. They had the fastest National Bergerac pigeon in the Netherlands. But their ultimate goal is winning top prizes on THE flight: National Barcelona!

This youngster is for the real Barcelona lovers ! 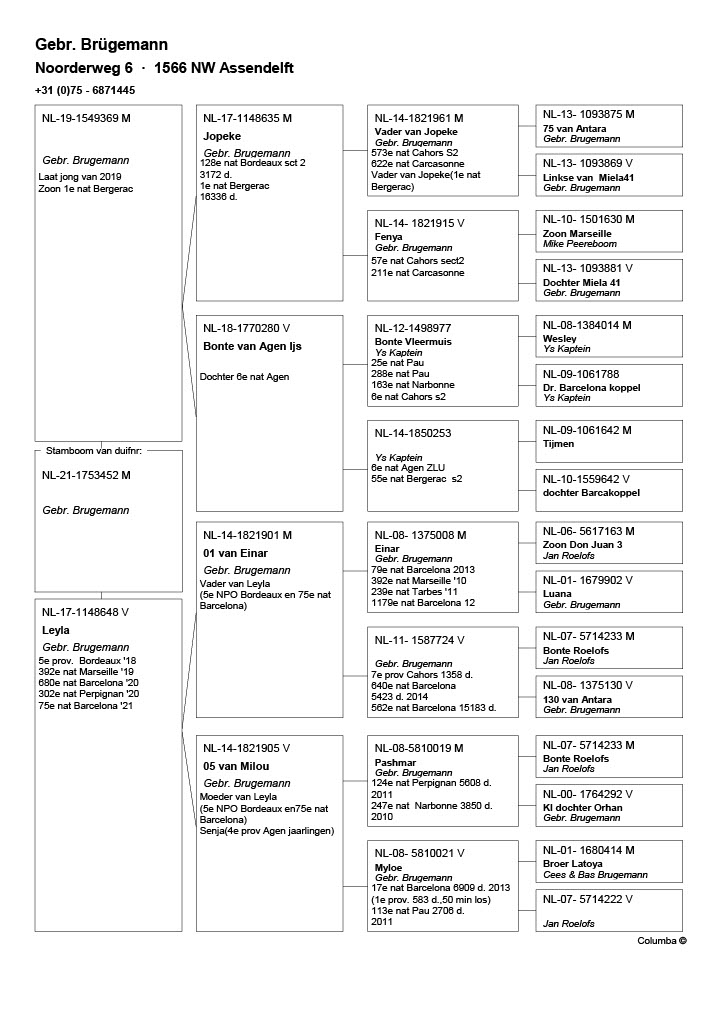