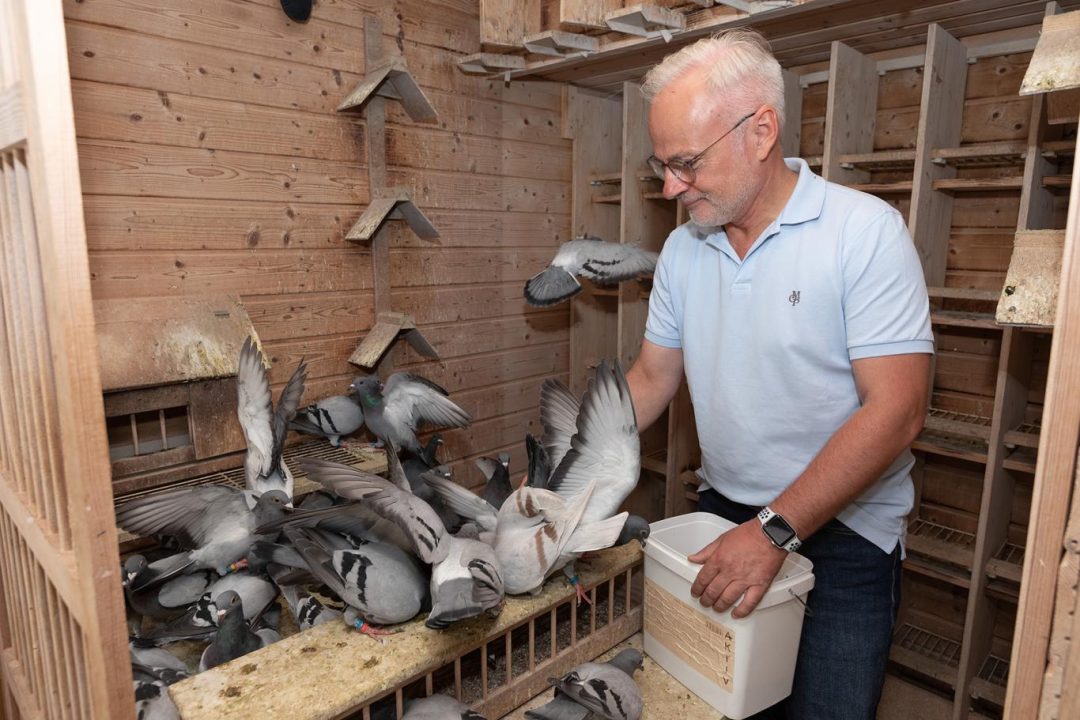 Michael donates a youngster from the mother of the 1st international Narbonne 2021 !!

For more information see pedigree of this top donation.

Michael attracted the right attention in 2022 by winning the 1st and 2nd NATIONAL NARBONNE against 8,188 pigeons. His stock has been built up over the last 15 years with pigeons from different backgrounds. In 2006 there was a top purchase from Jos Hooybergs from Mol in Belgium, a good breeding pigeon has also been the ‘Belgier’ that came to his loft via Peter Windeln from Effeld and this breeder had some sort of Gunter Prange in him. In 2006 Michaell Schmell’s eye fell on father and son Verkerk from (then) Alphen aan de Rijn. Young hens from ‘Benji’, ‘Taylor’ and ‘Oprah’ came to Kleingladbach and those Verkerk pigeons were the top in the Netherlands in 2006.

Around 2012, Michael also went to the brothers Freddy and Jacques Vandenheede in Zingem in East Flanders and bought pigeons from toppers such as ‘Triggerfinger’. The pigeons with more marathon in the genes were obtained in from Jacques Winkens (Winkens-Rothenburg) in Itteren, Jos van Olmen in Broechem, Belgium and from Jos Martens in Stein.

Who will buy this topper from this ZLU crack? 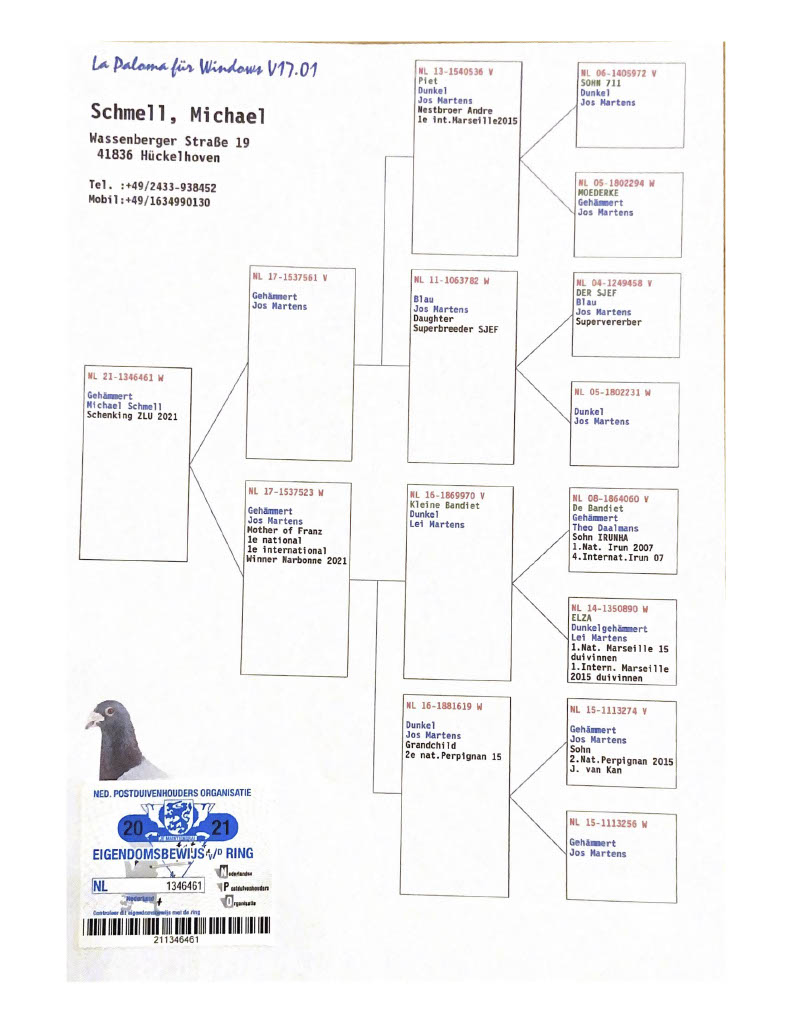